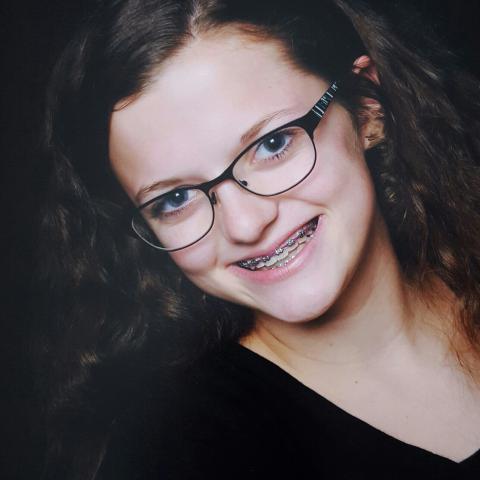 "It was the longest 10 minutes of my life," detailed high school freshman, Victoria McCoy as she described the time it took to inject life-saving epinephrine into her body during a recent life-threatening food allergic reaction. Diagnosed with multiple food allergies starting at the age of one, McCoy has spent her life learning how to not let this disease hold her back. Accidents do happen and being prepared for an emergency is what empowers her and keeps her alive. There is more to managing food allergies though; often youth face isolation when others don’t understand the disease which also makes them easy targets for bullies.

McCoy's mother, Heather, shared, "I would never have imagined a child would be bullied for what they can't eat." It is estimated that one third of children with food allergies have been bullied due to their allergies. "But the sad truth is that Victoria has had to deal with [bullying] and learn from, and realize that it's not just kids - it's adults, too, who say hurtful things."

Spending many lunches and recess alone after discovering her friends were making fun of her allergies behind her back. McCoy explained, "I have felt excluded and unsafe many times." The bullying spanned many years and at a young age she learned about the power of ignorance.

Fortunately, she was up for the challenge and now advocates for herself and awareness. She is serving as the Teen Ambassador for the annual Food Allergy Awareness Walk & 5K, sponsored by the Anaphylaxis and Food Allergy Association of Minnesota (AFAA). The event will be held at Como Regional Park in St. Paul on May 14, 2016.  McCoy invites the Twin Cities community to register for the Walk & 5K. Attendees will enjoy a stroll or run through the park plus music, exhibitors, face-painting, allergen friendly refreshments, and the opportunity to take photos with the popular costumed Major Allergens and St. Paul Saints Baseball mascot Mudonna.

After attending AFAA's food allergy camp, McCoy realized she was not alone and there were more kids just like her with food allergies. She left camp changed. McCoy had words of wisdom for other kids with allergies, "if you have a problem, then you should tell someone. If you keep your feelings in, it puts a lot of pressure on you". She doesn't want children to fear telling people about food allergies, "if they don't want to be your friend because of it, don't feel offended," she advised.

McCoy's mom shared, "Victoria has had to mature faster due to her allergy and understanding of how it affects her life. She is strong, and has had to overcome so much with such grace."

When asked what would she do if given a magic wand, she confidently answered, "I would stop bullying due to food allergies. I would make sure that no kid would be bullied. The second thing would be that people would understand allergies.” McCoy does not want fame or fortune, only awareness and the end of food allergy bullying. It is safe to say McCoy educates and empowers food allergic kids - even without a magic wand.